On Tuesday the 28th of January 2020 the JSU Board held their monthly board meeting. The JSU Board assembles normally once a month to decide upon current matters. At Tuesday’s board meeting the half-year economic report was presented, JSU-NAC reported on their new committee members and the JSU Board handed out responsibilities regarding the Kick Off. 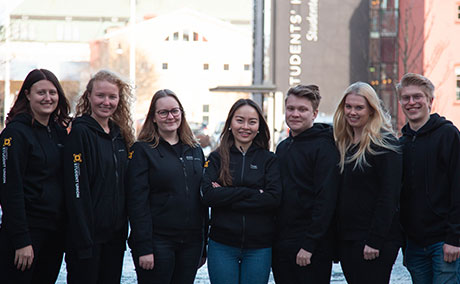 Economic report
The economic report for the second half of 2019 was handed over to the JSU Board. The outlook is mixed. Akademien has doubled its result since 2018, whiles the cafeterias income has decreased with around 10%. Overall Service operations is performing just slightly above the expected rate of return.

The JSU Board of course welcomes the good financial outlook, but still thinks that more work must be done to improve the economic situation. The biggest worry is the Service operations on campus which have underperformed the last couple of years. The goal is to keep the Service operations profitable and self-sustaining. More work must be done to ensure that the Services doesn’t eat up the membership money and to ensure profitability.

SFSFUM Preparatory Report
It’s moving closer and closer to the National Student Union of Sweden’s annual meeting: SFSFUM. The acting president of JSU National Advocacy Committee who works to support the Student Unions national representation and cooperation has handed over a report to the JSU Board and JSU Generals, updating them on the national student-political scene. The outlook for cooperation is promising and several important questions effecting the students of Jönköping University will come up. Mainly the renegotiation of the Erasmus agreement and VFU. Further preparations will be presented to the JSU Board leading up to SFSFUM.

Meeting plan for spring 2020
As is custom, the presidium also presented the preliminary meeting plan for the spring. If members want to visit a JSU Board meeting they can get in contact with the JSU Presidium through ordf@js.ju.se.

Plan of Operations (PoO) workgroups
The workgroups tasked with handling the questions in the PoO have now started meeting up. Some of the development areas are information, equal treatment and health. These working groups will work to improve the operations of the Student union within their respective areas.

Jenný Jensdóttír’s approved to work for the SFS Studentpool
According to JSU By-laws all remunerated must get new employments approved by the JSU Board before they start working for the new employer. Our Vice President Jenný Jensdóttír have applied and been approved to the SFS Studentpool. A pool of student evaluators which work to help UKÄ investigate universities in Sweden. The job is very similar to the one she already does as VP of the Student Union but will give her experience of how other universities in Sweden work.

The JSU Board looks very favourably towards this and have approved this for the current and following organizational year (in case she is re-elected for a second year).

Erasmus = An agreement between the EU countries outlining the interoperability of higher education. An important question for Students at JU since we are such an international campus.

SFSFUM = The annual meeting of SFS

SFS Studentpool = A pool of remunerated student representatives working with UKÄ to investigate universities in Sweden.