Read more about Henriette Tang´s experience as being part of the Nomination Committee at the Student Union. 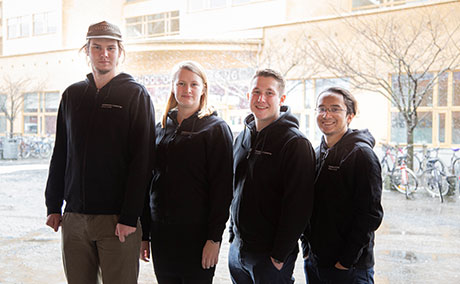 Deadline for application to the Nomination Committee is April 20th. For more information about the position and to see the work description, please visit our campaign web.

What do you work with in the Nomination Committee (NC)?

We interview and nominate applicants for vacant positions at Jönköping Student Union, such as the Presidium, members in the Nomination Committee, Board and the Project leader.

How often do you have meetings?

We usually have more meetings before elections in order to organize and prepare nominations. It varies, but usually between two-five meetings.

How much time does it take to be in the NC?

The workload is quite low compared to other positions and most of the work is done right before the elections. For one mandate (one year) there is approximately 30 hours work.

Do you need any specific knowledge to be in the NC?

It's good if you have some previous experience within interviews, but not mandatory. Most important is to be open minded.

Who can apply to be in your team?

Anyone who is able to participate for one mandate, is positive to the position and has the qualities mentioned in the question above.

What have you gained from the past year?

What personal skills have you developed over the past year?

I personally feel like I'm more comfortable with interviews and public speaking. I also found it interesting being on the other side of the interview table, as well as see how people react when they are being interviewed.